The 16th edition of the Nestlé MILO Secondary Schools Basketball is scheduled to  hold from 1st to 6th of December at the indoor sports complex of the National Stadium, Surulere, Lagos. 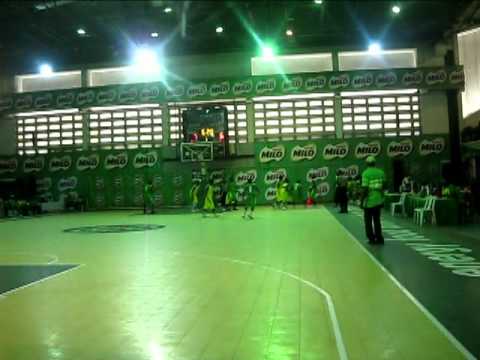 According to the Corporate Communications and Public Affairs Manager of the organization, Doctor Samuel Adenekan,  this is Nestlé MILO’s  Show of Unwavering Commitment to Basketball.

Annually, the competition is known to provide the opportunity for Nestlé MILO to reach thousands of secondary school students with the platform both to play basketball at its best as well as to learn livelong values that help to shape the youngsters to become the adults of their dreams. These values include teamwork, determination, discipline, honesty and respect.
This year, nearly 100,000 students from 7,530 schools participated in the championship from the state preliminaries to the regional conferences across Nigeria.
The schools that will however  feature in the finale include Dutse Model International School and Government Girls Secondary School, Gwawaran, both from Jigawa state, St Augustine Seminary, Ezzamgbo of Ebonyi state; Osadennis High School Asaba and West End Mixed Secondary School, Bayelsa State. Others are St. Jude’s Girls Secondary School, Amarata, Jesus College, Oturkpo, Government Girls Secondary School Gboko and CAC Grammar School, Akure. Henson Demonstration Group of Schools Benin, Ilupeju Grammar School, Lagos and Yejide Girls Secondary School, Ibadan complete the list of finalists.
According to the organisers, the top 50 camp will take place immediately after the Nestlé MILO Secondary School Basketball finals, from 7 – 10 December. The camp will be facilitated by a team of NBA coaches and will be led by the NBA Coach of Toronto Raptors Patrick Engelbretch.
Multiple award winning Nigeria artist Iyanya will be performing at this year’s edition of the games.

Commenting on the event, the Category Business Manager, Doja Ekeruche reaffirmed Nestlé’s unwavering commitment to the development of basketball and raising the quality of the game.
The winner at this year championship is however expected to fly the nation’s flag at the World Schools Basketball Championship in Linigoes, France next year.