My Food Gallery [LOVELY FOOD PICTURES YOU WILL LOVE]

Fried rice from my cousin’s kitchen!

Hello great people, I have been thinking about some good food pictures I have come across as I write on food journalism for  more than 10 years now! These include the pictures from the World Food Day on Gourmet Guide on UNILAG RADIO 103,1 FM.  I started yesterday! For today, enjoy these colourful FOOD pictures!

My Food Gallery [LOVELY FOOD PICTURES YOU WILL LOVE]

Hello great people, I have been thinking about some good food pictures I have come across as I write on food journalism for  more than 10 years now! These include the pictures from the World Food Day on Gourmet Guide on UNILAG RADIO 103,1 FM.

It has taken a while but please enjoy these pictures, they are so tantalizing! 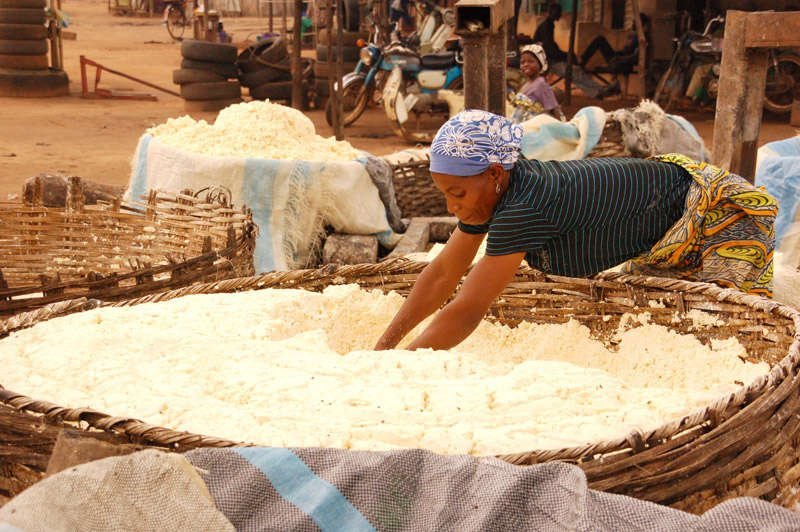 Food Prices Stable In The Month Of March

Food prices remained stable for most of the and South West while falling in North Central, indicating price stability throughout the month of March, which is a positive sign after earlier scars from the month of Febuary.

An evaluation of prices of three staple food items – imported rice, drum beans (Olotu), and white garri from three markets across three regions of the country – Dawanau Market, Kano State; Bodija Market, Oyo State; and Ogete Market, Enugu State, showed price stability in March.
A monthly analysis by Novus Agro, an agricultural markets and professional services firm, showed that prices of imported rice in Dawanau started at an average of N7,833 in the first week of March and continued on a steady decline to NGN 6,980.

Dangote Sugar Refinery has been certified by the Standard Organisation of Nigeria (SON) as a food safety compliant company. The management of the refinery said the Food Safety Management Systems certification (NIS ISO 22000:2005) has been  issued to the firm by the standards body.

The “Lekki-Ajah International Cake Fair 1.0” Is Upon Us

Never before has there been an exclusive event for cake baking, exhibition, competition and more in Nigeria, and the international trade fair is bringing the first of its kind to Lagos.