Corn or Maize in your Kitchen!

Other-wise known as maize or mouth organ, corn is an important source of food. In fact,  reports say corn was considered very important to the survival of the first English colonists, especially during their first winters in North-Eastern America. The survival of the early colonists at that time depended on what corn they could beg, borrow or steal,  plus what they were able to grow! Hmmn, how amusing!

It is believed that corn dates back even further than the inhabitance of native people. Its origin is believed to be from Mexico plateau or the highlands of Guatemala. Fossil pollen grains of corn were said to have been found in drill cores of lake sediment beneath mexico city. These sediments could be 80,000 years old or more.

Corn belongs to the grass family. The husk and cob as we know them today were said to have gradually developed from wild varieties. 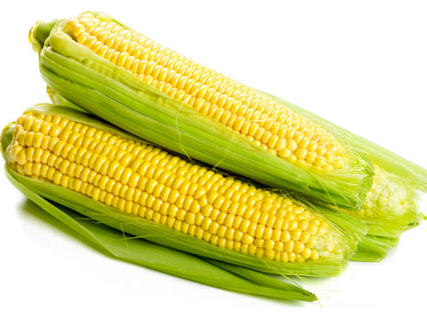 This  people’s favourite filling snack especially here in Nigeria and Lagos is already been sold everywhere even as corn sellers are all over the place, boiling  or roasting the popular food over charcoal embers on street corners, beckoning at passers-by to come and have a bite!

Enriched with starch and other minerals and vitamins, there are two main types of corn – the yellow corn and the white one.

The yellow one is rich in vitamin A and the  vitamin content is said to be more than that of the white one. Besides, taking corn alone with its whole-some starchy content, it can be combined with protein foods and supplemented with protective body building foods to make a complete balanced diet.

In a season like this when the prices of foodstuffs have hit the roof-tops, the introduction of corn is surely a welcome alternative. Relax and enjoy this corn season.

can be used as thickening and as cornmeal, it can also be used for puddings and cakes, breads and cereals. 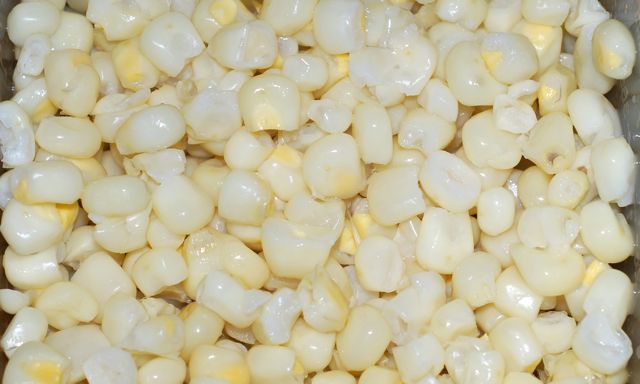 is as delicious as a vegetable and even with rice mixtures. Fresh corn is sweet and tasty and even very plum with the green husk. The husk is usually removed and served on the cob. It can equally be eaten as a starter, grilled or barbecued. The kernels can even be removed and used in salads, soups and casseroles.

is a grain that is not suitable for cooking the way we would prepare other grains such as wheat or barley, Usually, a local Cotonou delicacy, also common in Lagos and known as owowo can be cooked with the dry corn. Sliced sweetened coconuts completes the delicacy!

Besides taking corn alone with its wholesome carbohydrate content, you can also combine it with proteinous foods like beans, meat or even vegetables for a balanced diet.

This carbohydrate enriched delicacy can also be savoured as snack, either boiled or roasted, more so, when it is accompanied with coconut, pear, or even vegetables.

Meanwhile, do you know that corn oil as the name suggests, is the oil compressed from the grain corn. It is high in linoleic acid, about 40%, which makes it 60% saturated. It also contains some oleic, linolenic and arachidic acids. It is a rich source of phosphorus and the fat soluble vitamins a, d and e. Today one major source of corn oil is the United States of America.

Corn oil is a popular addition to margarine and other foods. As a cooking medium, it is light and easily digested. The oil has also been found to correct over alkalinity of the body and restore it to its correct balance. Doctors also recommend it in cases of bad eczema and skin disorders, for which it is either taken internally or applied to the skin. However, this oil is  best kept in a cool, dark place.

Listed below are some of the health benefits  or nutritional value of eating corn!

Hmmn , they are several corn or maize recipes, make do with ths and expect more!

Salt and seasoning to taste

Wash and put the corn to boil in salted water. When half cooked, add the washed beans. Cook until both are very tender. Add the chopped onion, pepper, salt, magi, fish and crayfish. Do not stir. Just add the palm oil and cover the pot. Allow it to cook until the oil changes colour and circulates around the food. Use a wooden stick to stir the food thoroughly. Taste for salt and add more water if the meal is too thick. Simmer for 60 seconds and serve.