Deprecated: The $control_id argument is deprecated since version 3.5.0! in /home/gour5100/public_html/wp-content/plugins/elementor/modules/dev-tools/deprecation.php on line 304
 APPLE – Gourmet Guide234 Kitchen 
Deprecated: Hook elementor/dynamic_tags/register_tags is deprecated since version 3.5.0! Use elementor/dynamic_tags/register instead. in /home/gour5100/public_html/wp-includes/functions.php on line 5758

Apple, botanically known as Malus domestica is a deciduous delicious fruit that is eaten as a healthy, pomaceous, crunchy fruit.

The tree is a member of  the rose family . Best known for its sweetness,  the tree are cultivated worldwide as a fruit tree, and is the most widely grown species in the genus Malus.

According to an internet report, the tree originated from Central Asia, where its wild ancestor, Malus sieversii, is still found today. Apple trees are large if grown from seed, but small if grafted onto roots (rootstock).  There are more than 7,500 known cultivars of apples, resulting in a range of desired characteristics.

Apple is known as the king of all fruits and have long been associated with the biblical story of Adam and Eve.

Apple fruit is said to have originated from the Middle East about 4000 years ago! It is one of the most favorite and popular fruits ever known.

In terms of health care and nutrition,  the well-known adage “An apple a day keeps a doctor away” speaks volume about  the fruit as good fruit that does much much good to people who are health conscious. Fitness freaks love  this nutrient packed fruit a whole lot. By all aspects, the fruit is indispensable. China is the highest producer of apple! Reports say about 80 million tons of apples were grown worldwide in 2013, and China produced almost half of this total. The apple  fruit matures in late summer or autumn, and varieties are known tp exist with a wide range of sizes.

The fruit is one of the oldest varieties in existence; a research study states that humans have enjoyed apples ever since at least 6500 B.C. The fruit were among the favorite lists of Ancient Greeks and Romans. In Norse tradition, a more positive guise was given to the fruit i.e., a magic apple was said to keep people youthful eternally. Alexander the Great was even  credited with finding dwarfed apples in Kazakhstan in 328 BCE. 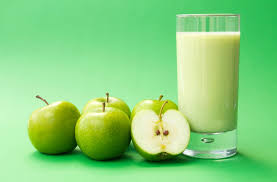 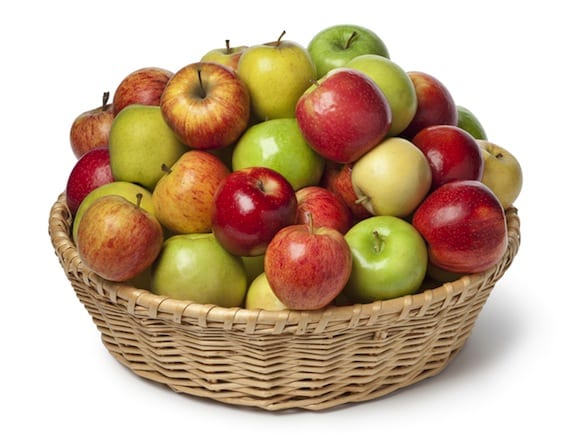 The green apple is used to maintain bones and teeth and and help to promote  good vision as well as  provide anti-cancer properties. The red apple is good for heart  as it helps the  memory to function well. It also helps to reduce cancer as well as help to maintain urinary tract. As for the yellow apple  it is good for the  heart and eyes, immune system and also help to reduce some risk of cancer.

Well other major types include  Aroma, discovery, fuji,gala, jonagold, granny smith, lobo, pink lady and many others. I  saw this on the internet and just have to post this!

Apple can be washed and crunched fresh into the mouth! It can diced for fruit salad or fruit salsa, it can be juiced,  canned or used to make apple pie and apple cake amongst other.