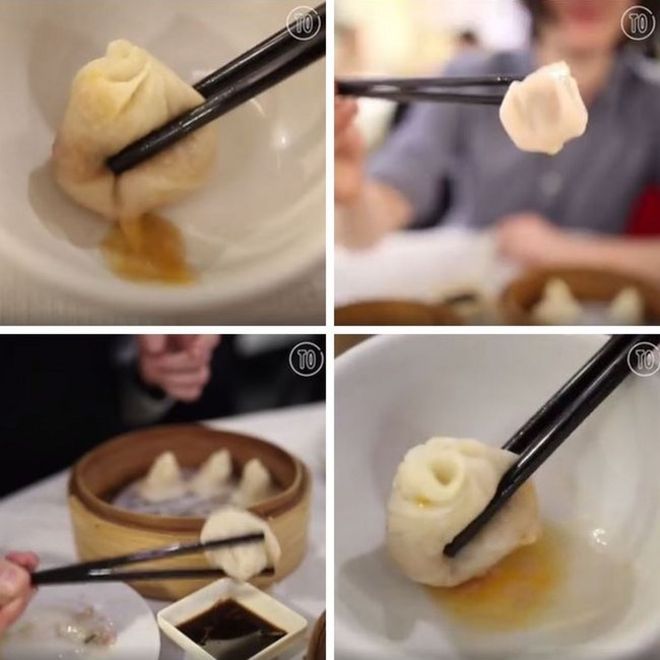 The video published by Time Out London on Facebook shows diners attempting to burst their Xiao Long Bao (little basket buns), and throw out the soup.

Many point out the traditional way is to suck out the soup and eat the dumplings. Time Out said it burst them in order to show the soup inside.

The steaming hot broth is, for many, the most prized part of each Xiao Long Bao.

“Love popping spots and eating dumplings? Combine the two with exploding soup dumplings,” Time Out London says in a post on how to eat dumplings served at a restaurant in London.

Characterised by its translucent skin, each dumpling is filled with juicy minced pork and broth and eaten with ginger strips and vinegar.

Popular in many Asian countries, its Taiwanese version has earned a Michelin star.