Deprecated: The $control_id argument is deprecated since version 3.5.0! in /home/gour5100/public_html/wp-content/plugins/elementor/modules/dev-tools/deprecation.php on line 304
 Beans Exports to European Union! – Gourmet Guide234 Kitchen 
Deprecated: Hook elementor/dynamic_tags/register_tags is deprecated since version 3.5.0! Use elementor/dynamic_tags/register instead. in /home/gour5100/public_html/wp-includes/functions.php on line 5758 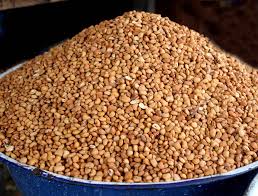 The Federal Government says it is working to resolve the suspension of Nigeria’s dried beans exports to the European Union before the June deadline.

The Director-General of the National Biosafety Management Agency,  Rufus Ebegba, reportedly disclosed this in an interview with the News Agency of Nigeria in Abuja.

Ebegba said relevant agencies of the federal government were working closely on the matter and would ensure that the anomaly was corrected before June.

It would be recalled that the EU announced an import suspension measure in June 2015, which affected dried beans from Nigeria.

Nigeria’s dried beans was said to contain high levels of pesticides which is dangerous to human health. The EU’s suspension of Nigeria will lapse in June 2016, when the country is expected to provide “substantial guarantees that adequate official control systems have been put in place to ensure compliance with food law requirements”.

Ebegba said he was aware that the Federal Ministry of Industry, Trade and Investment, and other relevant agencies, were working closely to resolve the issue before the deadline.

He however stressed that everybody has to work together to  the country’s productivity.

Ebegba emphasised the need for collaboration between regulatory authorities and other stakeholders to put in place a quality control framework to enhance acceptability of the country’s agricultural exports in the international market, calling on the new agency, which is six months old, to educate Nigerians on modern biotechnology.

According to him, the NBMA will ensure safe practice of the Genetically Modified  technology among farmers in the country while allaying  the fears in some quarters that GM crops had adverse effects on human health.

He described  the fear about GM crops as unfounded, while advising Nigerians to embrace the technology which, he said, was safe and economically viable. 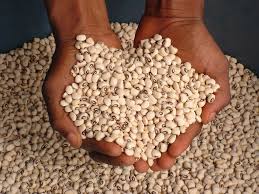 The director-general also  gave farmers the assurance that the agency would carry out risk assessments and analyses on GM seedlings to ensure that they were environmentally friendly and safe for consumption before they are released to them.

He thus appealed to farmers to trust the decision of the NBMA and be rest assured that the agency would ensure safety in the practice of GM technology.