Yam is household name in Nigeria!

As a common name for some species in the genus Dioscorea family (Dioscoreaceae), this root vegetable is a perennial herbaceous vine cultivated for the consumption of its starchy tuber in Africa, Asia, Latin America and Oceania. 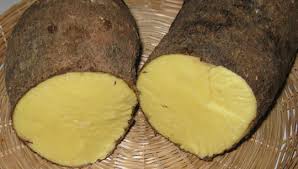 In fact, history tells us that this root vegetable which is regarded as a highly valuable resource in our country Nigeria  was first cultivated in Africa and Asia in 8000 AD.

They are the mostly cultivated yams in Africa. In the past, they were considered as two species though most people now regard them as the same specie. 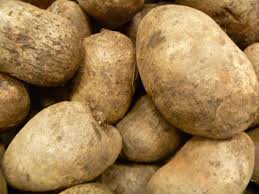 Other types are Discorea alata called water yam, the winged yam and purple yam, which has the largest distribution worldwide. 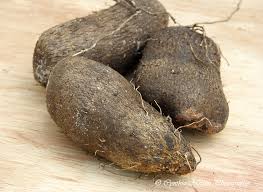 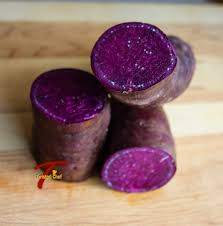 There is also the popular Discorea batatas called Chinese yam. This yam is somewhat smaller when compared to other species of yam.

Discorea bulbifera is known as the air potato. It is found in both African and Asian dishes.  Its equally pertinent to note that some varieties of yam can be eaten raw while some require soaking or boiling for detoxification before eating.

Yam is rich in carbohydrate, Vitamin C, dietary fibre, Vitamin B6, potassium and manganese. While being low in saturated fat and sodium, vitamin C and vitamin B6, consumption in large quantity surely helps to promote good health. It is a balnced food in the body. This is because it is high in potassium and low in sodium and as such, it protects against osteoporosis and heart diseases.

Virtually every tribe and ethnic group in this country cultivates yam and boast of various recipes. The recipes are endless but lets sample this simple recipe,  just hold on… enter your kitchen and put on your apron!

salt and seasoning to taste

A small bunch of ugu or basil leaves

Peel, cut and wash the yam, cut into sizeable chunks, pour into a clean pot and bring to boil. Cook until it is soft, drain and set aside. For the sauce, pour the oil into a frying pan, add the chopped onion, pepper and tomatoes, including dried the smoked fish. Allow to cook  for some minutes, before adding the crayfish, seasonings and salt to taste. Simmer for two more minutes, add the vegetables, cover and simmer slightly a minute, remove from heat and serve along with the boiled yam.