Deprecated: The $control_id argument is deprecated since version 3.5.0! in /home/gour5100/public_html/wp-content/plugins/elementor/modules/dev-tools/deprecation.php on line 304
 Cashew Industry in Nigeria! – Gourmet Guide234 Kitchen 
Deprecated: Hook elementor/dynamic_tags/register_tags is deprecated since version 3.5.0! Use elementor/dynamic_tags/register instead. in /home/gour5100/public_html/wp-includes/functions.php on line 5758 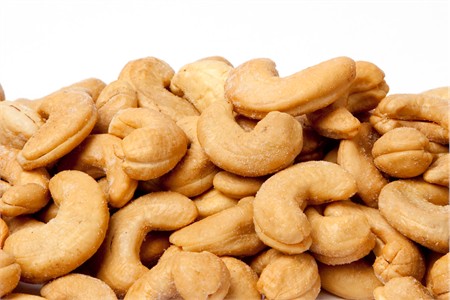 This is according to the National President, National Cashew Association of Nigeria, Pastor Babatola Faseru.

He made the assertion at the just-concluded National Cashew Festival Awards in Ilorin, the capital of Kwara State.

He explained that Nigeria needed to increase its cashew production, provide high-yielding seedlings to farmers and offer mechanisation support so as to make a great impact globally.

The clergy further posited that cashew provides livelihood for over 300,000 Nigerian families with 175,00 tonnes as estimated production for the year.

Referring to the export performance of the industry, he pointed out that the foreign exchange earned by the country through cashew kernels, cashew nut shell liquid and allied products last year was put at $253 million.

According to him, Nigeria remains the sixth largest cashew producer after Cote d’Ivoire, India, Vietnam, Tanzania and Guinea Bissau.

He  described the cashew industry’s many challenges as shrinking of  the cultivation area and unstable output, ,ageing trees and abnormal weather patterns.

He however urged the government to support farmers in planting cashew trees to replace old ones, adopt policies to encourage firms investing in deep processing, and strengthen inspection of exports.

He  advocated that modern technologies and equipment  should be used to get the best result.