Charging coffee drinkers for their disposable cups could cut their use by up to 300 million a year in the UK.

This is according to a new research published by the BBC.

Academics at Cardiff University reportedly tested a series of measures to tackle coffee cup waste and encourage the use of reusable cups.

The findings are due to be submitted to a UK government inquiry into waste.

Prof Poortinga found that the provision of free reusable alternatives combined with environmental messaging and a charge on disposable cups increased the use of reusable cups in one cafe from 5.1% to 17.4%.

“Our results show that, on average, the use of reusable coffee cups could be increased by up to 12.5% with a combination of measures,” Prof Poortinga said.

“With this in mind, the UK’s usage of an estimated 2.5bn disposable coffee cups each year could be cut by up to 300 million coffee cups.” 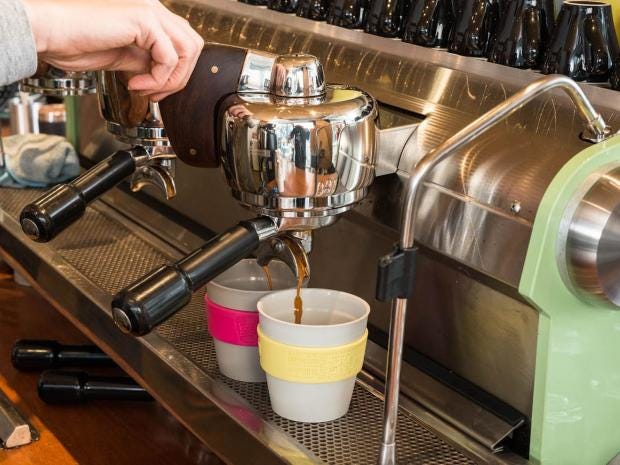 Prof Poortinga said: “There is an important nuance when it comes to financial incentives, saying that “People are far more sensitive to losses than to gains when making decisions – so if we really want to change a customer’s behaviour then a charge on a disposable cup is more likely to be effective.”

Cafes at Cardiff University, University of South Wales, University of Winchester and Imperial College London as well as other businesses took part in the study of consumer behaviour which was commissioned by coffee and tea firm Bewley’s.

Head of marketing Louise Whitaker said: “There is a huge amount of waste being sent to landfill each year and promoting reusable cups is part of the solution.”

Some multi-national coffee shop chains such as Costa and Starbucks have previously told the BBC that they are also trying to tackle the issue .