The National Agency for Food and Drug Administration and Control, NAFDAC has reportedly sealed Chocolate Royale over what it described as “unethical practices” and non-adherent to Good Manufacturing and Hygienic Practices.

According to the NAFDAC officials, the products would be ascertained smuggled if the company cannot produce Port clearing documents in the coming days. Lagos Director Of NAFDAC, Mr. Kingsley Ejiofor;   disclosed that some top officials of the company have been  arrested for interrogation, for willfully obstructing the NAFDAC operatives in the course of their duties during the exercise which lasted over nine hours . 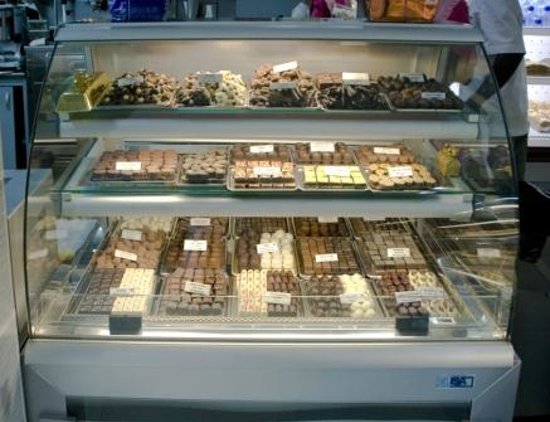 The Agency which  revealed that its  actions was based on a tip-off, stressed on importation, storage of expired ingredients and food violations.

The Agency claimed that it’s action became necessary following complaints of violation and affront of the company to the regulatory body’s regulations.

Expired products said to be worth over one billion naira were reportedly evacuated from both premises in six vans.

Ejiofor confirmed that  six persons were arrested in connection with the incident, explaining that they were held for intentionally obstructing NAFDAC officials while on official duties.

He said “The suspects will be interrogated, while the products will be sampled and taken to the laboratory for analysis, where the labels and contents will be properly analyzed.

The Director stated that at the end of the day, when the results are out, the next  action would be determined.

“They will be investigated by the Federal Taskforce and NAFDAC. At the end of the investigations, files submitted will be reviewed and after evaluation, we will send them to the legal division which will advice on what next to do and if we have enough facts, then will proceed on prosecution,” he added.
Meanwhile, the Director-General, Doctor. Paul Orhii has frowned at the development.

He disclosed that apart from the products being expired, they were not registered by NAFDAC  and therefore should not have come into the country in the first place.  Orhii  who commended Nigerians for their support for NAFDAC, urged them to help provide more information that will assist in unravelling the activities of those he described as the ‘’merchants of death’’.

He futher revealed that there is a reward system in place for those who could furnish the Agency with useful information that will aid it to uncover more hideout of violators.