Deprecated: The $control_id argument is deprecated since version 3.5.0! in /home/gour5100/public_html/wp-content/plugins/elementor/modules/dev-tools/deprecation.php on line 304
 Eating crickets! – Gourmet Guide234 Kitchen 
Deprecated: Hook elementor/dynamic_tags/register_tags is deprecated since version 3.5.0! Use elementor/dynamic_tags/register instead. in /home/gour5100/public_html/wp-includes/functions.php on line 5758

A new clinical trial has shown that consuming crickets can help support the growth of beneficial gut bacteria.

Reports say  eating crickets is not only safe at high doses but may also reduce inflammation in the body.

The clinical trial, which was carried out in the University of Wisconsin-Madison, United States, documented for the first time the health effects of eating insects.

The co-corresponding author of the study, Professor Tiffany Weir, of the Colorado State University, USA, said, “This study was important because insects represent a novel component in western diets and their health effects in human populations haven’t really been studied.

His words: “With what we now know about the gut microbiota and its relationship to human health, it is important to establish how a novel food might affect gut microbial populations. We found that cricket consumption may actually offer benefits beyond nutrition,” he noted.

Another co-author, Jonathan Patz, who is a director of the UW-Madison Global Health Institute, said, “Raising insects for protein not only helps protect the environment but also offers a more healthful option than meat in many wealthy countries with high-meat diets.”

In the study, 20 healthy men and women between the ages of 18 and 48 ate either a controlled breakfast or a breakfast containing 25 grams of powdered cricket meal made into muffins and shakes for two weeks.

The study authors reported that participants had no significant side effects and found no evidence of changes in overall microbial composition or changes to gut inflammation.

They did see an increase in a metabolic enzyme associated with gut health, and a decrease in an inflammatory protein in the blood called TNF-alpha, which has been linked to other measures of well-being, like depression and cancer. 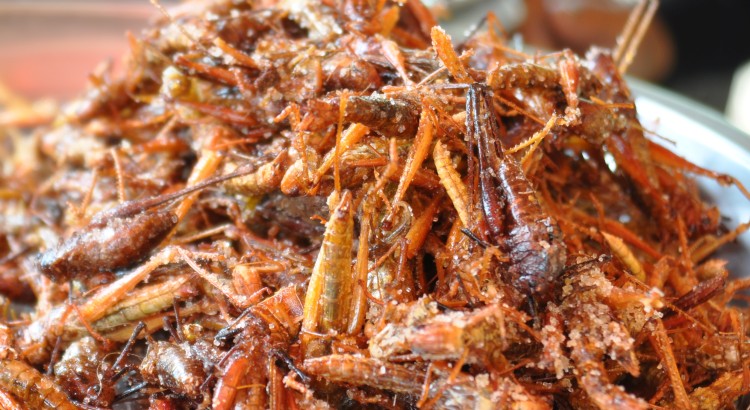