Deprecated: The $control_id argument is deprecated since version 3.5.0! in /home/gour5100/public_html/wp-content/plugins/elementor/modules/dev-tools/deprecation.php on line 304
 EDIBLE MUSHROOMS – Gourmet Guide234 Kitchen 
Deprecated: Hook elementor/dynamic_tags/register_tags is deprecated since version 3.5.0! Use elementor/dynamic_tags/register instead. in /home/gour5100/public_html/wp-includes/functions.php on line 5758

Just a few people realize the benefits one can derive from edible mushrooms. For fear of the harmful ones many individuals are indecisive about mushrooms. They either love them or hate them entirely. Yet these fleshy fruiting bodies of various species of fungi have a lot to offer to both your meal (flavor and nutrients) and your body.

Mushrooms are a class of vegetable proteins which are highly nutritious. They are often referred to as the meat of the vegetable world.

Of the estimated 38,000 species of mushroom found worldwide, only about 3,000 are edible, about 700 have known medicinal properties, and less than one percent are recognized as poisonous.

I hope this piece of information would allay your fears. However, it is important to buy only from reputable stores, in order to avoid poisonous species.

Historically, mushrooms have been used in Traditional Chinese Medicine for thousands of years.  They have been the subject of modern medical research since the 1960s, where most modern studies concern the use of mushroom extracts, rather than whole mushrooms. Today, even with the presence of modern technology most people still prefer natural products as they are safer and their prolonged use will not cause harmful side effects.

What makes a mushroom edible? Edibility is defined as the absence of poisons and the presence of a desirable taste and smell.  So it’s not enough that a certain mushroom won’t make you sick, it has to taste good as well!  Very few species meet these criteria of having a good taste, thus, most mushrooms are considered inedible.

The nutritional value of mushrooms can be measured in more ways than just strictly dietary. Further health benefits are gained from:

Culinary Uses: Mushrooms are enjoyed for their flavor and texture. They can impart their own flavor to food or take on the flavor of other ingredients. It is popular to add mushrooms to soups (vegetable soup), salads, fried egg and sandwiches, or to use them as appetizer. 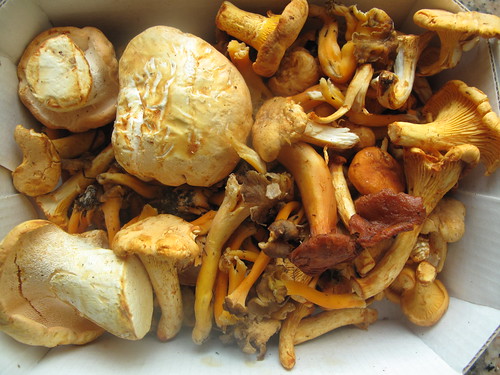 Today vegetable proteins are an alternative to red meat which contains cholesterol (a high density lipoprotein) which can cause coronary heart disease and other health conditions when taken in excess.

This lovely piece was written by Seyi Campbell, a medical Microbiologist who has worked with the Apin project at the College of medicine Idi-araba Lagos for over seven years as a medical scientist.

He is currently building a training institute and a member of the board of directors of vine star college.