Deprecated: The $control_id argument is deprecated since version 3.5.0! in /home/gour5100/public_html/wp-content/plugins/elementor/modules/dev-tools/deprecation.php on line 304
 FOOD NEWS – Gourmet Guide234 Kitchen 
Deprecated: Hook elementor/dynamic_tags/register_tags is deprecated since version 3.5.0! Use elementor/dynamic_tags/register instead. in /home/gour5100/public_html/wp-includes/functions.php on line 5758 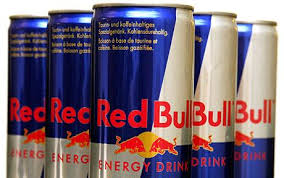 Hello great people, my attention was drawn to this food story, and I think your reading it will help you to be informed about what you drink!

Researchers at the Institute for Social Research at the University of Michigan have reportedly concluded that mixing alcohol and energy drinks poses a serious public health risk, especially among college students.

This is according to a  study published in the Journal of Adolescent Health  which  showcased the fact that  college students who  combine  caffeinated drinks with booze don’t realize how intoxicated they really are..

A research assistant professor and co-author of the study, Megan Patrick explained that “We found that college students tended to drink more heavily, become more intoxicated, and have more negative drinking consequences on days they used both energy drinks and alcohol, compared to days they only used alcohol.”

Patrick said  according to the study, students who either drank alcohol and energy drinks on the same day or who combined the two at the same time wound up spending more time drinking – thus consuming more alcohol – than they would have without the caffeinated drinks.

The result of spending more hours drinking raised users’ blood alcohol levels to higher peaks. But because of the stimulant effects of the energy drinks, the users reported that they felt less drunk than they actually were.

The researcher noted that this can have serious potential health impacts, for example if people don’t realize how intoxicated they actually are and decide to drive home.

But a similar study conducted by the Department of Community Health at the Boston University School of Public Health found that it wasn’t necessarily the combination of alcohol and caffeine that posed a risk, but the profile of the drinkers themselves that led to negative consequences.

One of the authors of the Boston University’s study, Dr. Michael Siegel, stated that  “It appears that the consumption of caffeinated alcoholic beverages has a direct effect on increasing risk by masking intoxication and making it easier for youth to consume more alcohol.

Siegel  said  “It also appears that consumption of alcohol with caffeine may itself be a marker for youth who engage in riskier behavior.”

So if you are amongst those who mix energy drink with alcohol, beware!

PrevPreviousStill on OKRO
NextA Delicious Recipe For The Family; How To Make Okro & Ugu SoupNext