Deprecated: The $control_id argument is deprecated since version 3.5.0! in /home/gour5100/public_html/wp-content/plugins/elementor/modules/dev-tools/deprecation.php on line 304
 Food News – Gourmet Guide234 Kitchen 
Deprecated: Hook elementor/dynamic_tags/register_tags is deprecated since version 3.5.0! Use elementor/dynamic_tags/register instead. in /home/gour5100/public_html/wp-includes/functions.php on line 5758

Federal Government of Nigeria Bans Consumption of Ogogoro, Even as Distillers React! 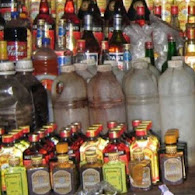 The federal government has banned the consumption of local gin, popularly called ogogoro.

This is following several deaths in Rivers and Ondo States due to food poisoning.

Reacting to the death of  about 38 persons in Rivers State, the government said the recent deaths in Rivers and  Ondo States are associated with the consumption of the locally made gin.

Right now, the deaths reportedly caused by the consumption of this  local gin called ‘Ogogoro’  has increased to an alarming toll of seventy-one.

This revelation was made when the Permanent Secretary of the Rivers state Ministry of Health, Somiari Isaac-Harry appeared before the adhoc committee set-up by the Rivers state House of Assembly to look into the increasing number of deaths caused by the illicit gin.

Isaac-Harry told the Michael Chinda-led adhoc committee that the Ministry of Health now has a total number of eighty cases and seventy one deaths. 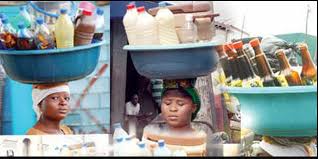 In the same vein the Director General of National Agency for Food and Drugs Administration Control (NAFDAC), Dr Paul Orhii, who addressed  journalists last week said a “preliminary investigation by the National Centre for Disease Control and the World Health Organisation has ruled out any infectious diseases” and confirmed the possibility of poisoning as the cause. 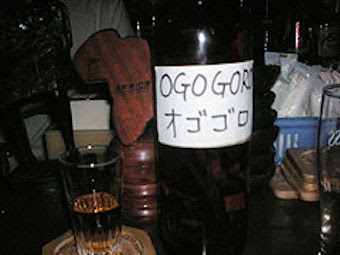 Meanwhile producers of  Ogogoro, Okwagbe Distillers Union, Delta State, have appealed to the Federal Government not to ban the production of that brand of alcohol.

Chairman of the union,  Samuel Egedegbe, said that distilled gin does not kill, stating that”
“It is the Ogogoro produced from methanol that kills.”

He said their “distilled gin” is produced from palm wine, which is derived from raffia palm or liquefied sugar mixed with yeast stating that it is well cooked before being distilled.