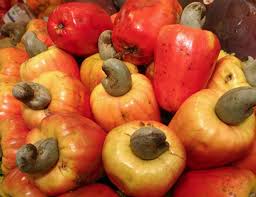 The National Cashew Association of Nigeria (NCAN) has asseverated that the country will generate ‎N1 trillion from the cash crop in the next 10 years. However, the actualization of the projected revenue would be dependent on the kind of support and encouragement it gets from regulators.
National Publicity Secretary of the association, Sotonye Anga ,who doubles as the Chief Executive Officer (CEO), Universal Quest Nigeria, made this asseveration at an export platform business luncheon tagged Multibillion Naira Cashew industry.

According to him, the cashew industry is filled with a lot of opportunities.
He stressed that Africa is the centre of the cashew world, producing over 40 percent of 2.6 million tonnes of the world’s cashew nuts with Nigeria standing as one of the largest cashew producers in the continent.
This is alongside Ivory Coast, Guinea-Bissau, Tanzania, Ghana, Kenya, Mozambique and recently Mali.

Anga stated that the time for the country to add value to its cashew and create more jobs, diversify the economy, strengthen the Naira, as well as stimulate economic growth was now.
While reiterating that Nigeria’s annual production of raw cashew nuts currently stands at 144,000 tonnes he opined that the crop has become a major foreign exchange earner for the country, with prices increasing by 266.7 percent in the last nine years.

The NCAN Secretary General therefore advised the government to consolidate its place in the world cashew market by increasing its cashew production and processing, as global demand for the crop rises.