A new ingredient developed by scientists in Scotland could mean that ice cream lovers can now enjoy their treats longer before they melt. This is owing to the fact that a naturally occurring protein can be used to create ice cream which stays frozen for longer in hot weather. 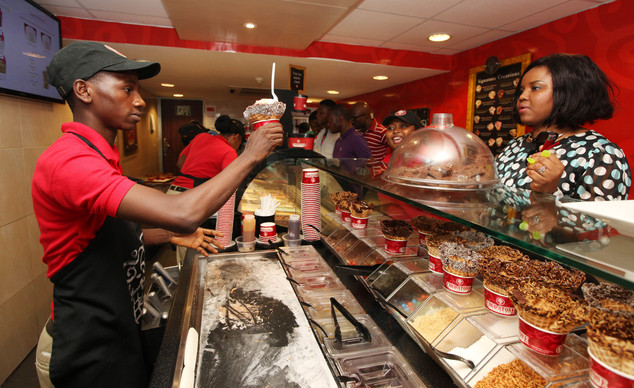 According to a BBC report, the scientists estimate that the slow-melting product could become available in three to five years time.

This  development could also allow products to be made with lower levels of saturated fat and fewer calories.

The BBC report also noted that Teams at the Universities of Edinburgh and Dundee have discovered that the protein, known as BsIA, works by binding together the air, fat and water in ice cream. It is also said to prevent gritty ice crystals from forming – ensuring a fine, smooth texture.

According to Professor Cait MacPhee, of the University of Edinburgh’s school of physics and astronomy, who led the project, “It’s not completely non-melting because you do want your ice cream to be cold… it will melt eventually but hopefully by keeping it stable for longer it will stop the drips.”

Professor MacPhee said it works by keeping oil and water mixed together, stops air from escaping and coats the ice crystals in ice cream which stops them from melting so quickly.

She told BBC Radio 5 live: “This is a natural protein already in the food chain. It’s already used to ferment some foods so its a natural product rather than being a ‘Frankenstein’ food.

She said it also had the prospect of reducing the sugar content and could be used in other foods such as chocolate mousse and mayonnaise to help reduce the calories.

The researchers also believe that  using the ingredient could benefit manufacturers too as it can be processed without impacting on performance and can be produced from sustainable raw materials.

PrevPreviousThe ART of Cake Making In Nigeria… Great Lucrative Skill!
Next7 Reasons Why You Should Cut-down Your Sugar IntakeNext