Deprecated: The $control_id argument is deprecated since version 3.5.0! in /home/gour5100/public_html/wp-content/plugins/elementor/modules/dev-tools/deprecation.php on line 304
 Lafiagi Sugar in Nigeria! – Gourmet Guide234 Kitchen 
Deprecated: Hook elementor/dynamic_tags/register_tags is deprecated since version 3.5.0! Use elementor/dynamic_tags/register instead. in /home/gour5100/public_html/wp-includes/functions.php on line 5758

Hello everyone, I read this sugar story and decided to share with you exactly as it written. It is culled from the Vanguard! 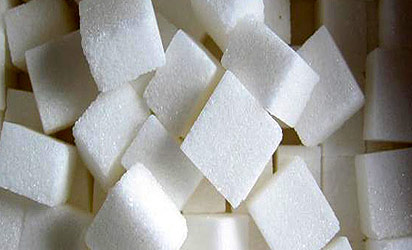 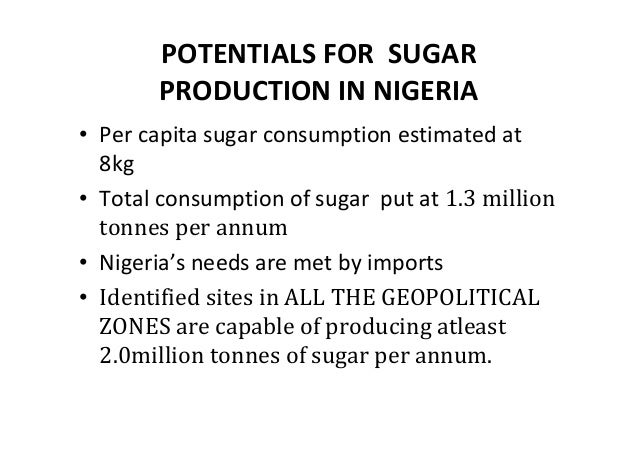 Inspite of having both comparative and competitive advantage to produce sufficient quantity of sugar for domestic consumption and for export, Nigeria only produce two per cent of her sugar needs while we import the remaining 98 percent of raw and cube sugar.

If you compare this to other West African countries, that two per cent is the lowest. For instance, Benin Republic produces 25.6 per cent of their sugar requirement; Burkina Faso, 47 per cent; Cote d’Ivoire, 54 per cent; Senegal, 48 per cent and Mali, 28 per cent.

Indeed, according to the former minister of Industry, Trade and Investment, Olusegun Aganga, Nigeria does not feature in the top 10 producers and exporters in the world but we are number four in terms of top 10 importers in the world. That is not where we want to be.

Therefore, in order to raise the country’s local sugar production to a self-sufficiency level; stem the tide of high importation of the commodity, the Federal Government through the National Sugar Master Plan, NSMP, put in place policies and incentives to support existing and new investors in the industry.

These include zero per cent on machinery and spare parts for local sugar manufacturing industries; outright ban on the importation of refined sugar in retail packs and 30 per cent tax credit on the cost of provision of critical infrastructure by sugar cane to sugar project investors.

In the NSMP projection, if all the privatised sugar mills in the country are fully operational, they will save the economy $416 million (about N69 billion) in foreign exchange, contribute to the production of ethanol/ generation of about 411MW of electricity; 1.6 million tonnes of animal feeds, 37,378 permanent jobs and 79,803 seasonal jobs by year 2015.

In view of this, Vanguard investigated what is happening to these mills that were privatized by the Federal Government through the Bureau of Public Enterprises, BPE.

These mills include Savannah Sugar Company at Numan in Adamawa State which was bought over by Dangote Group. Then there is Lafiagi Sugar Company, Bacita Sugar Company all in Edu Local Government, Kwara State.

We sought to find if they are partially or fully back to production, what are their economic impacts on the economy, the community; what challenges are they facing and things like that.

Our first investigation took us to Lafiagi Sugar which is two and a half hours drive from Ilorin by car.

Background
Lafiagi Sugar Company was established as a joint venture between the Federal Government and Mehta Group of India. The Indian firm eventually pulled out of the technical agreement in 1985 leaving the Nigerian government as the 100 percent owner of the company.

Over time, however, production declined in the factory due to the poor technical and financial performance of the company, leading to the federal government’s decision to privatise the company.

The privatisation exercise was carried out by the Bureau of Public Enterprises (BPE) through a guided liquidation strategy to ensure its assets were sold en-bloc and to a single buyer who would continue the business of sugar refining and BUA group emerged as the preferred private company to take over the company.

Vanguard learned that production stopped in 2000, that is 15 years ago, after it was sold out by the federal government to the new buyer at the cost of N135 million.

It was further learned that during its thriving days the company was doing 500 bags of sugar per day with staff strength of 200-250 directly and 400 indirectly.

The reality on ground are that only a few (security, drivers and administrative) staff are remaining at the factory.
Vanguard gathered that the new owners have brought in tractors and have cultivated five hectares out of 15,000 hectares of land which the host community released for the projects. It was also gathered that a new plant will be constructed by the new owner; the machine have not arrive and it will take three years to install them. This implies that full production may not commence until sometimes in 2018 or 2020.

Mr. Isiaku Samuel the General Manager of the company in Lafiagi, stated that despite the challenges faced in taking full ownership of the site after BUA purchased the company through a privatization exercise, BUA has gone ahead to mobilise manpower and equipment to kick-start the once-moribund facility in addition to acquiring an additional 50,000hectares in Bassa Local Government of Kogi State for sugarcane farming.

Speaking during the visit of inter-ministerial National Sugar Roadmap Implementation Committee (SURMIC) of the Federal Government to the Lafiagi plantation specifically on Monday, December 7, 2015, he said: “We are happy with this visit by the National Sugar Roadmap Implementation Committee to verify ongoing work at our facility.

Whilst we have made considerable efforts in developing a sugarcane nursery and land development activities for the next planting season, we have also deployed additional manpower and equipment to fast-track the development of the plantation,” he said.

However, a cross section of residents of the host community who spoke to Vanguard, said that since the new owner took over, the company is yet to operate and impact significantly and positively in their lives. They appealed to the Federal Government to enforce BUA to commence its operations with immediate effect.

A retiree of Edu local government and a native of the community, Mr. Saliu Musa recalled: “When the company was operational, older and younger ones no fewer than 500 were employed. The company was working very well then but since the take-over by the new management, they have sent the staff away and most of them have resorted to doing any menial jobs available.

Similarly, Kayode Buraimah, a youth leader in the area expressed utter disappointment that the new owner had not done anything to revive the company since it bought it over.

“We were happy when the company was sold to BUA thinking it will be brought back to life. We all submitted our Curriculum Vitae, even recently to the emir as instructed so that we can be employed but since then, it has been one story or the other,” he said.

He, therefore, urged the management to do everything within its means to ensure that Lafiagi Sugar Company is returned back to its glorious days so that it could offer employment opportunities to the teaming youths of the area and thereby enhance the nation’s economic development. 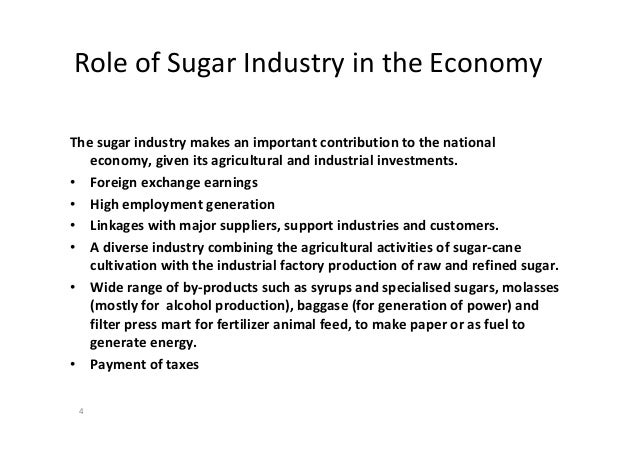