Lagos State Association Of Master Bakers and Caterers Of Nigeria to increase price of bread by twenty percent!

Lagos State Association Of Master Bakers and Caterers Of Nigeria, will from tomorrow Wednesday increase the price of bread by twenty percent.

Speaking at a press briefing in Lagos, the chairman of the association, Prince Jacob Adejorin, lamented the high cost of producing bread and called on the Federal Government to look into the high cost of baking ingredients. According to him, the prices of baking ingredients like flour, sugar, diesel, salt yeast, kerosene and nylon have tripled without any corresponding measures to reduce the hardship on bakers.

He noted that after serious consideration of the high prices of flour, sugar, diesel, salt, yeast, kerosene, nylon and series of local government levies, they were  compelled to increase the price of bread as done to other consumer goods. 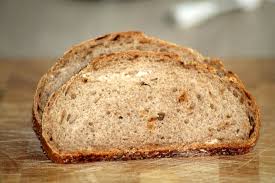 ”The bakers can no longer cope with this situation hence the decision to increase the price of bread by about 20 percent. The present economic situation has affected the baking industry as the second largest employer of labour in the country and bread being the most stable and easiest food to lay hands on anytime anywhere.

He however appealed to customers and consumers of bread to bear with them.