Minister of Agriculture, Audu Ogbeh give reasons why imported rice is still cheaper than locally produced rice in Nigeria!

The Minister of Agriculture, Audu Ogbeh, on Tuesday May 16, 2017 gave reasons why imported rice is still cheaper than locally produced rice, despite government efforts.

He asserted that most of the imported rice are from Vietnam, India and Thailand while Thailand subsidises the export of  its rice. 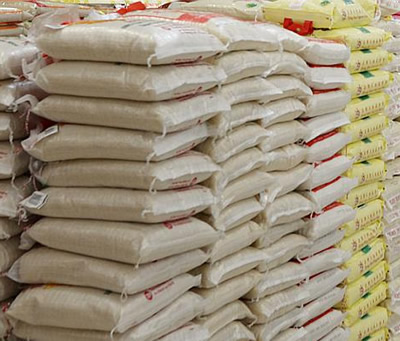 Ogbeh made the assertion while responding to questions at a Town Hall meeting in Abuja.

He said one of the major reasons was that most of the imported rice was subsidized by the foreign governments.

The minister however promised that the federal government was very concerned about the high cost of local rice and would  do  something about it.

He however revealed that he will be having a meeting with Acting President Yemi Osinbajo and Finance Minister Kemi Adeosun to discuss rice prices among other matters.

He  futher disclosed that  the federal government through its Anchor Borrowers Programme has invested billions of naira in assisting mainly local rice farmers, with rice being the country’s most consumed food.