Deprecated: The $control_id argument is deprecated since version 3.5.0! in /home/gour5100/public_html/wp-content/plugins/elementor/modules/dev-tools/deprecation.php on line 304
 Needles found in Australian strawberries! – Gourmet Guide234 Kitchen 
Deprecated: Hook elementor/dynamic_tags/register_tags is deprecated since version 3.5.0! Use elementor/dynamic_tags/register instead. in /home/gour5100/public_html/wp-includes/functions.php on line 5758

For over a week now, the scare over needles found in Australian strawberries, apples and bananas have continued to send jitters down the spines of not just Australians and the many places where the fruits are sold, but even other parts of the world!

Like some school of thought will always posit “The fear of contaminated food is the beginning of wisdom.” 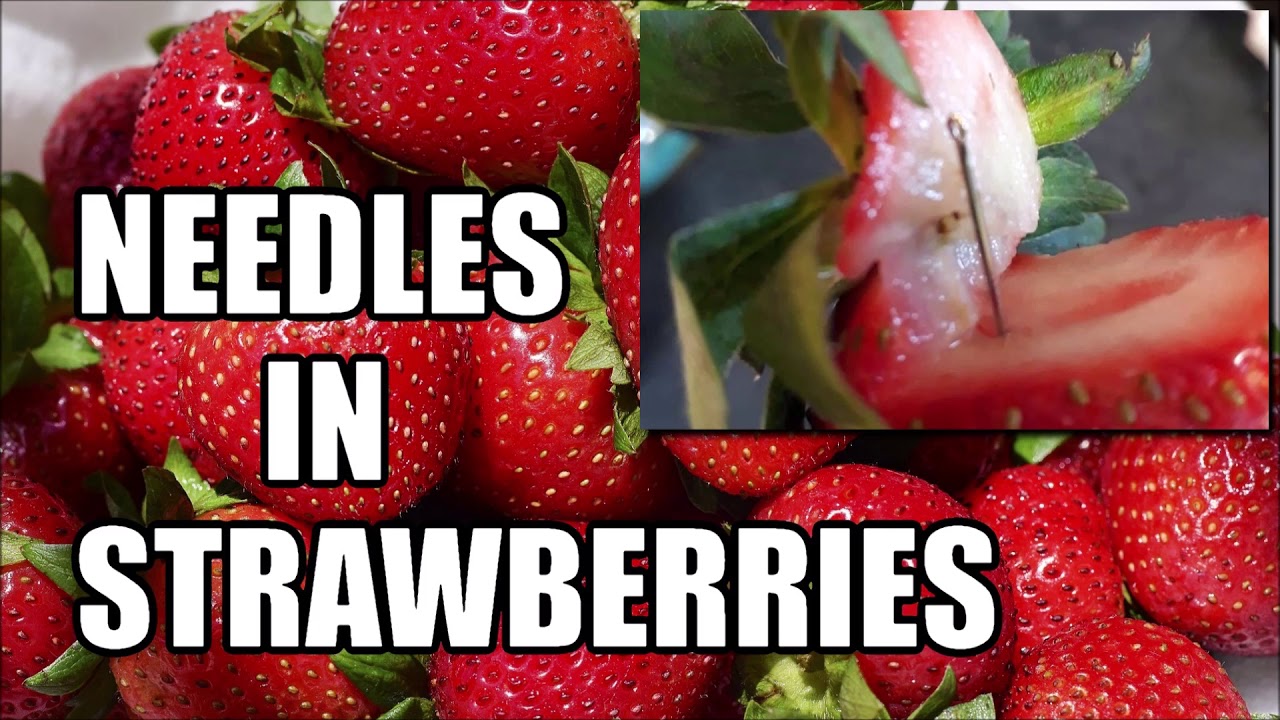 Australia  is also known as

The Australian scare over needles found in strawberries has spread to New Zealand after needles were found in a punnet of the fruit in an Auckland supermarket.

Owing to this, the Countdown supermarket chain has reportedly taken a brand of Australian strawberries off the shelves.

There have been over 100 reports of needles being found in supermarket fruit in Australia and many are thought to be copycat cases or social media stunts.

According to the BBC, the strawberries in Auckland, originally from Western Australia state, were sold in New Zealand Countdown stores nationwide last week.

The company has however issued a statement  saying “We take food safety very seriously.” They have therefore declared that “Customers can return any Choice brand of strawberries they may have at home to Countdown for peace of mind and a full refund.”

The statement said there had been no reports of any illness or injury in New Zealand, but the chain advised customers to cut up any Australian strawberries before eating them.

It added that the brand of strawberries affected by this withdrawal “have not previously had any issues of this nature reported and had not been withdrawn from sale in Australia”.