Deprecated: The $control_id argument is deprecated since version 3.5.0! in /home/gour5100/public_html/wp-content/plugins/elementor/modules/dev-tools/deprecation.php on line 304
 Nigerian wins ‘Africa Food Prize’ award! – Gourmet Guide234 Kitchen 
Deprecated: Hook elementor/dynamic_tags/register_tags is deprecated since version 3.5.0! Use elementor/dynamic_tags/register instead. in /home/gour5100/public_html/wp-includes/functions.php on line 5758 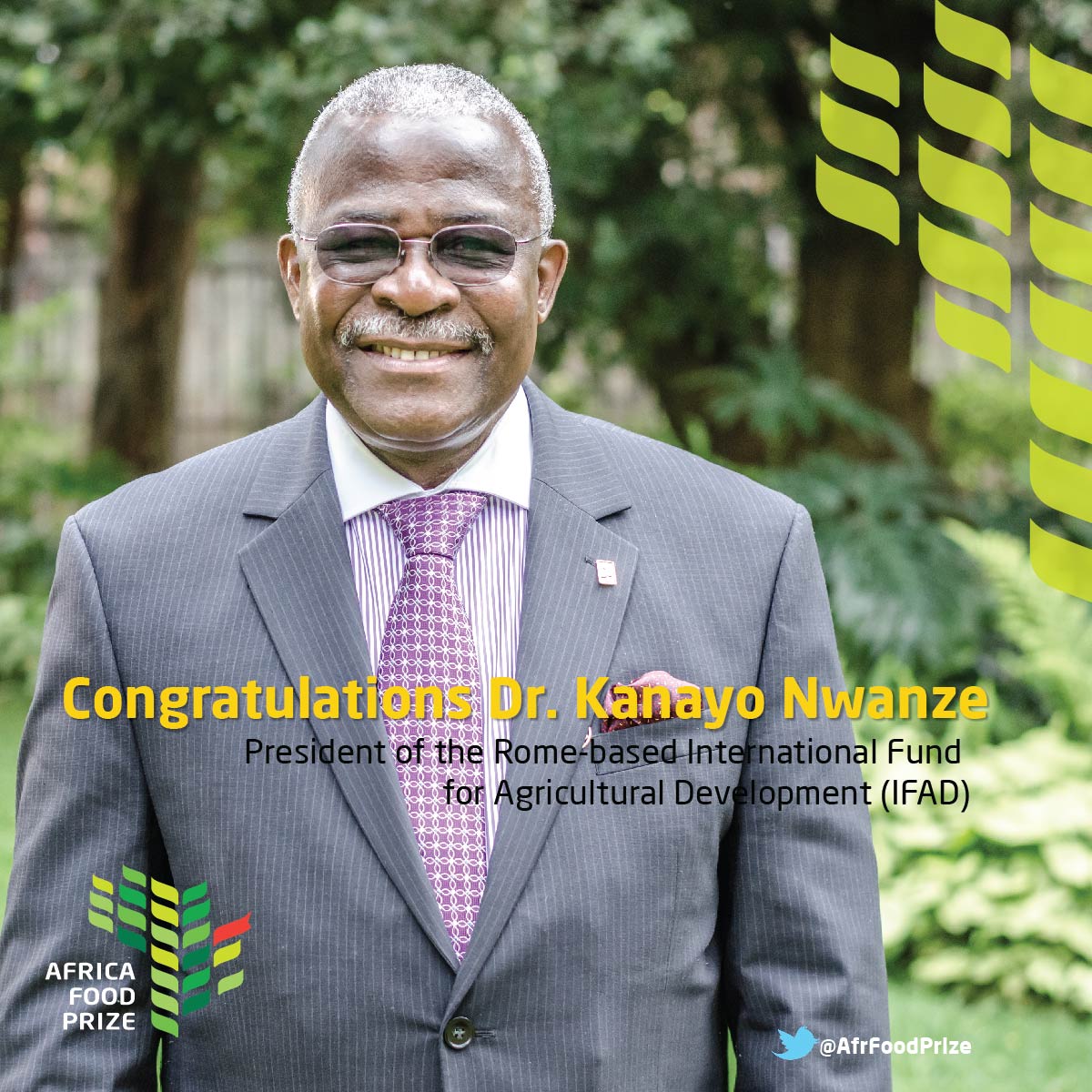 A Nigerian, Doctor Kanayo Nwanze has emerged the winner of the inaugural ‘Africa Food Prize’ award. He was awarded for his courageous leadership in fostering solidarity with Africa’s small-scale farmer.

The Nigerian national who is also the president of Rome-based International Fund for Agricultural Development (IFAD) takes home $100,000 worth prize.

The award recognized his efforts in championing the cause of the small-scale African farmers and going beyond promises to delivering plans and programs aimed at empowering farmers.

He reportedly  received his award during a ceremony at the African Green Revolution Forum in Nairobi, Kenya.

The event was attended by Kenyan president Uhuru Kenyatta and his Rwandan counterpart, Paul Kagame in the presence of former Nigerian president Olusegun Obasanjo.

According to erstwhile President Olusegun  Obasanjo, Chairperson of the Prize Committee, “Dr Nwanze is a model for how a great leader can make a difference in the lives of people on the ground.

He stated that  Nwanze’s accomplishments on behalf of African farmers are a reminder of what’s possible when one combines passion, good ideas, commitment, focus, hard work and dedication.