Acting President Yemi Osinbajo has declared that the Federal Government has approved N750 billion to tackle food scarcity in the country.

Osinbajo made the declaration during the inauguration of Senior Executive Course SEC 39 of the National Institute for Policy and Strategic Studies (NIPSS) Kuru, Jos.

According to him, “Nigeria  has over 84 million hectares of arable land, but only 40 percent is cultivated with a population of about 180 million people.

He stated that the  internal market is big enough to support an optimum agricultural production and at the same time provide more work to the citizens.”

The Acting President, who was represented by the Deputy Governor of Plateau State, Prof. Sonni Tyoden, urged Nigerians to take advantage of agricultural opportunity opened by the federal government to be self reliance.

The theme “Science, technology and innovation for the development of agriculture and agro allied industries in Nigeria,” was slated for this year 2017. 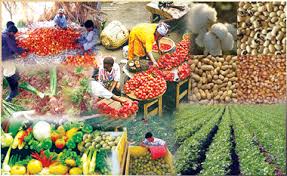 The Vice President while  noting  that Nigeria remains a agrarian economy, with over 70 percent of the informal sector jobs created from this sector, stressed that agriculture has a  multiplier effect that could drive rapid economic recovery and growth in Nigeria in the shortest possible time.

While positing that the N750 Billion naira agricultural intervention fund has been approved to boost the agricultural sector, he explained that  food security will not only guarantee sufficiency for the country’s teeming population, but also boost  industrial development which would enhance employment opportunities for youths and  curb the menace of poverty.