Deprecated: The $control_id argument is deprecated since version 3.5.0! in /home/gour5100/public_html/wp-content/plugins/elementor/modules/dev-tools/deprecation.php on line 304
 Pests from Niger Republic invade Nigerian farms! – Gourmet Guide234 Kitchen 
Deprecated: Hook elementor/dynamic_tags/register_tags is deprecated since version 3.5.0! Use elementor/dynamic_tags/register instead. in /home/gour5100/public_html/wp-includes/functions.php on line 5758 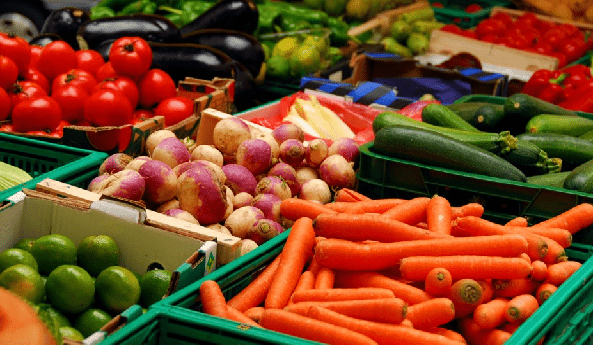 Locusts, grasshoppers and quelea birds from Niger Republic are reportedly flying to Nigeria and are said to be attacking farmlands belonging to Nigerians in the North.

Reports say this development may cause food crisis in the country.

The Federal Government  has however  summoned state commissioners of agriculture from the 12 frontline northern states and other regions to attend an emergency meeting at the headquarters of the Federal Ministry of Agriculture and Rural Development to address the anomaly.

In the same vein,  other representatives from the agricultural sector in States like Anambra, Delta, Benue and a few other Southern States also attended the meeting.

According to some commissioners from the northern states, the pests are already in Nigeria.

They asserted that they  were attacking crops in farmlands in their local government areas, explaining  that in Sokoto State, some farmlands had been attacked by quelea birds.

Meanwhile, the Minister of Agriculture and Rural Development, Audu Ogbe while discussing with the commissioners declared that  if the locusts, grasshoppers and quelea birds from Niger Republic were not checked, Nigeria would face severe food crisis soon.

Ogbeh  however urged the states to see how they could collaborate with the Federal Government to get aircraft that would be used to attack the pests in the states that were already affected, as well as in Niger Republic.

He also noted that government would partner with that  of Niger Republic to address the matter.

Ogbeh also stated that the country was waging another war against army worms of maize, as the pest had destroyed maize cultivation in some parts of the country.