Platypus milk could help combat one of humanity’s looming problems, which is antibiotic resistance.

Scientists say the weird creatures have a duck’s beak, venomous feet and are one of only two mammals able to lay eggs.

They’ve now identified why, and say it could lead to the creation of a new type of antibiotic. 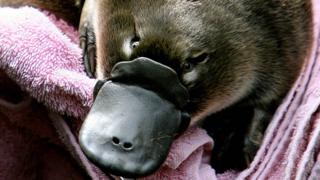 Platypus are monotremes – a tiny group of mammals able to both lay eggs and produce milk.

They don’t have teats, instead, they concentrate milk to their belly and feed their young by sweating it out.