Deprecated: The $control_id argument is deprecated since version 3.5.0! in /home/gour5100/public_html/wp-content/plugins/elementor/modules/dev-tools/deprecation.php on line 304
 Please, Be Mindful of the Kind Chicken You Eat! – Gourmet Guide234 Kitchen 
Deprecated: Hook elementor/dynamic_tags/register_tags is deprecated since version 3.5.0! Use elementor/dynamic_tags/register instead. in /home/gour5100/public_html/wp-includes/functions.php on line 5758

Please, Be Mindful of the Kind Chicken You Eat! 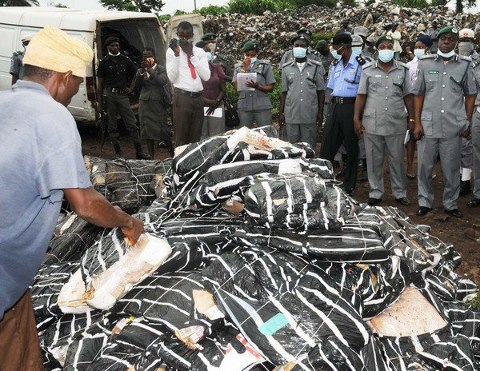 Reports coming all the way from Port Harcourt, the Rivers State Capital, Nigeria has  revealed that there was pandemonium on Saturday and Sunday near the Trailer Park at Ebubu in Eleme Local Government Area of Rivers. This was as a result of scores of youth, women and children descending  on a burrow pit.

They reportedly dug out and took home several tonnes of chicken condemned and buried by men of the Nigerian Customs. The scavengers reportedly came with shovels, pans, basins and buckets to cart their loot home. The Customs had on Friday dug out a canal  and buried thousands of cartons of frozen poultry they seized at the Onne Ports. Witnesses said the chicken were brought in six containers, emptied and buried before the customs party left.

The  news soon spread abroad about the development and very early on Saturday, people trooped to the place.

Since no security personnel was nearby at the site, the people  dug and opened up the pit. 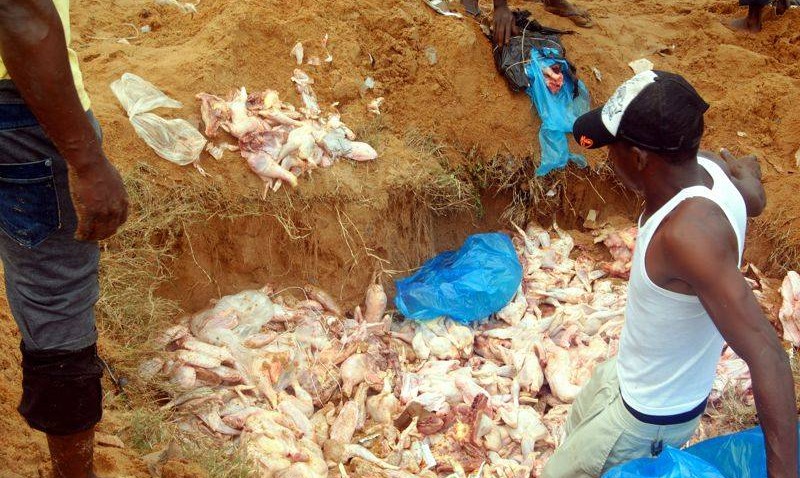 A visit to many homes around the area on Sunday reportedly revealed that  barbecuing was witnessed as people roasted and dried the chicken they exhumed from the burial site.

According to reports, a visit to  one of the homes, revealed a full length refrigerator  stocked full of roasted chicken, while the hosts invited guests to  sumptuous picks.

The pathetic  development has however sent an alarm across Eleme and neighbouring communities  of the state capital as cries about the danger of eating the condemned chicken have gone across the society.

In the same  vein, the Archbishop of the popular Commonwealth Covenant Church, the Most Reverend Moses Kattey, have warned people urging them to stay off eating chicken for two weeks.

According to him, the trailers of carton of chicken were buried by govt for health reasons. He said the products were  expired and therefore posed health hazard. They were  seized from importers because they were considered as contraband. 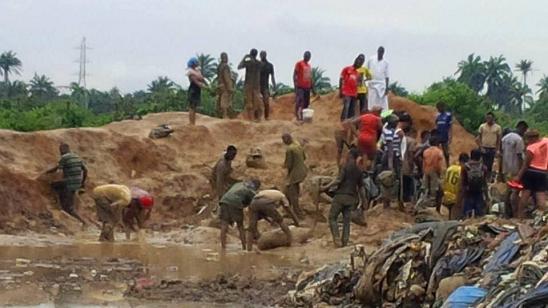