Researchers say world’s most popular coffee, Arabica, is under threat!

Two billion cups of coffee are drunk around the world every day and 25 million families rely on growing coffee for a living. Over the past 15 years, consumption of the drink has risen by 43% – but researchers are warning that the world’s most popular coffee, Arabica, is under threat. 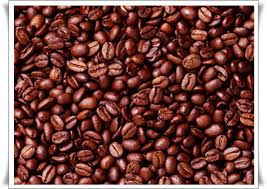 Although there are 124 known species of coffee, most of the coffee that’s grown comes from just two – Arabica and Robusta.

Robusta makes up about 30% of global coffee production, and is mainly used for instant coffee. As the name implies, it is a strong plant – but for many, its taste cannot compare to the smooth and complex flavours of Arabica. It is Arabica that drives the industry and accounts for the majority of coffee grown worldwide, but it is a more fragile plant and only tolerates a narrow band of environmental conditions. It is particularly sensitive to changes in temperature and rainfall.

In 2012, research by a team from the UK’s Royal Botanic Gardens, Kew, revealed a bleak picture for wild coffee in Ethiopia, where Arabica originated. They did a computer modelling exercise to predict how environmental changes would affect Arabica for the rest of the century. They forecast that the number of locations where wild Arabica coffee grows could decrease by 85% by 2080 – the worst-case outcome was a 99.7% reduction.