Deprecated: The $control_id argument is deprecated since version 3.5.0! in /home/gour5100/public_html/wp-content/plugins/elementor/modules/dev-tools/deprecation.php on line 304
 Rockmelon contamination in Australia! – Gourmet Guide234 Kitchen 
Deprecated: Hook elementor/dynamic_tags/register_tags is deprecated since version 3.5.0! Use elementor/dynamic_tags/register instead. in /home/gour5100/public_html/wp-includes/functions.php on line 5758

Three Australians have reportedly died after consuming melon contaminated with listeria amid an outbreak that has promoted health authorities to warn those at risk to throw out pre-cut melons.

Listeria is a commonly found bacteria and for most people who consume foods that contain it, it  does not cause illness. But for  elderly people, pregnant women or those with serious conditions like diabetes or cancer, it poses a serious threat. 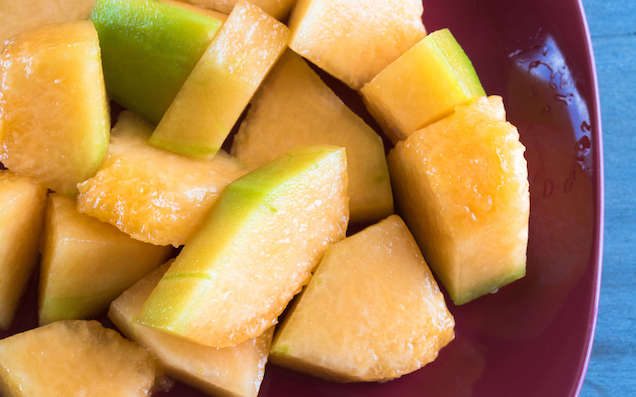 At least 15 cases of listeriosis have been reported since authorities were first alerted to the outbreak last month.

Director Communicable Diseases New South Wales Health Dr Vicky Sheppeard in a statement declared that all the  15 cases are elderly people, and most of them have significant underlying health conditions. He however declared that People vulnerable to listeriosis should discard any rockmelon purchased before 1 March.

The source has been linked to a farm in New South Wales state, with authorities investigating the supply chain after issuing a warning on February 23.

Listeriosis begins with flu-like symptoms including chills, fever and muscle aches. It can take up to six weeks after consuming contaminated foods for the symptoms to occur. These include  the media, school, the workplace amongst others.

PrevPreviousPregnant women should not eat more than two portions of oily fish per week because of levels of mercury in some fish!
NextLagos government checks food and water contamination in eateries, restaurants and hotels!Next