According to the BBC, scientists say they have found a way to make rice less caloric, and this is by boiling with cold water and then refriginating for half a day before eating.

According to the Sri Lankan researchers, treating rice in this way reduces its calories by up to 60%.

They told the American Chemical Society that the method makes the starch in the rice less digestible in the body.

Starchy foods such as rice, which are known as carbohydrates, are a good source of energy. When we eat them, our body breaks them down into simple sugars. Any that is leftover will be stored by the body and quickly converted to glucose as needed. 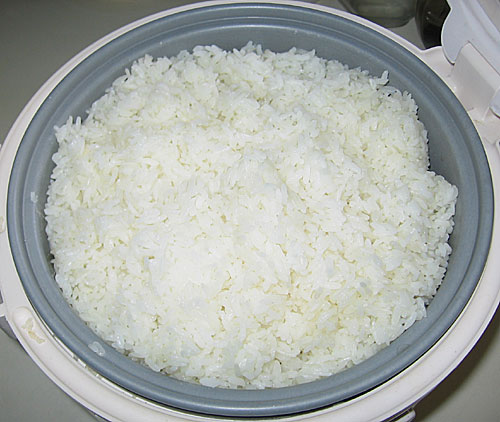 But too much glucose circulating in the blood can ultimately end up being stored as fat. UK researchers have already shown that cooking and then cooling pasta will create a smaller glucose peak – even if you then reheat the cold pasta.

And investigators from Sri Lanka say the same is true for rice.

PrevPreviousCheck Out The Prices of Staple Food!
NextStaple food prices go up As Elections LoomNext