Deprecated: The $control_id argument is deprecated since version 3.5.0! in /home/gour5100/public_html/wp-content/plugins/elementor/modules/dev-tools/deprecation.php on line 304
 South African woman sues male colleague for secretly filming her while expressing breast milk at workplace! – Gourmet Guide234 Kitchen 
Deprecated: Hook elementor/dynamic_tags/register_tags is deprecated since version 3.5.0! Use elementor/dynamic_tags/register instead. in /home/gour5100/public_html/wp-includes/functions.php on line 5758 A woman  recently took a male colleague to court in South Africa, claiming that he secretly filmed her as she expressed breast milk at her workplace.

The man, who has been been suspended by the University of Cape Town, is alleged to have set up a live link in a private room at the institution on 13 June. The woman wrote in a blog that  she was angry that providing food for her baby was “sexualised in such a cowardly way”.

The man has however  been charged and further investigations are being carried out.

In the same vein, Western Cape police have confirmed that a case of crimen injuria – the intentional harming of someone’s dignity – is being investigated against the 38-year old university employee. 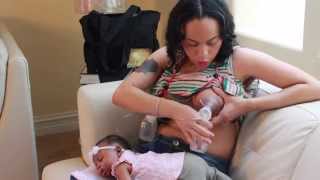 Local media reportedly quoted the mother sharing her “disgust” at the act.

She had been in what she thought was a “safe, locked space” expressing milk, when she noticed that she was being filmed.

Her words “I’m disgusted that we live in a world where mothers, no matter how they choose to feed their children, are victimised for being vulnerable.”

A global push for companies to provide special areas for women to breastfeed their has always been called for.