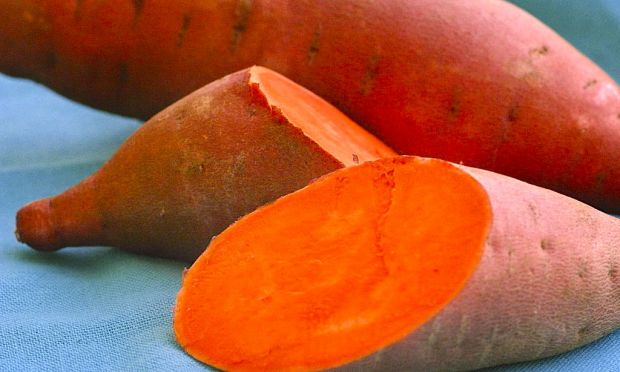 A nutritious sweet potato variety is reportedly growing in popularity and becoming an important strategy to improve vitamin A deficiency across Uganda.

Orange-fleshed sweet potato (OFSP) is said to be  rich in vitamin A and is being disseminated with the support from USAID under Feed the Future, the U.S. Government’s global hunger and food security initiative. 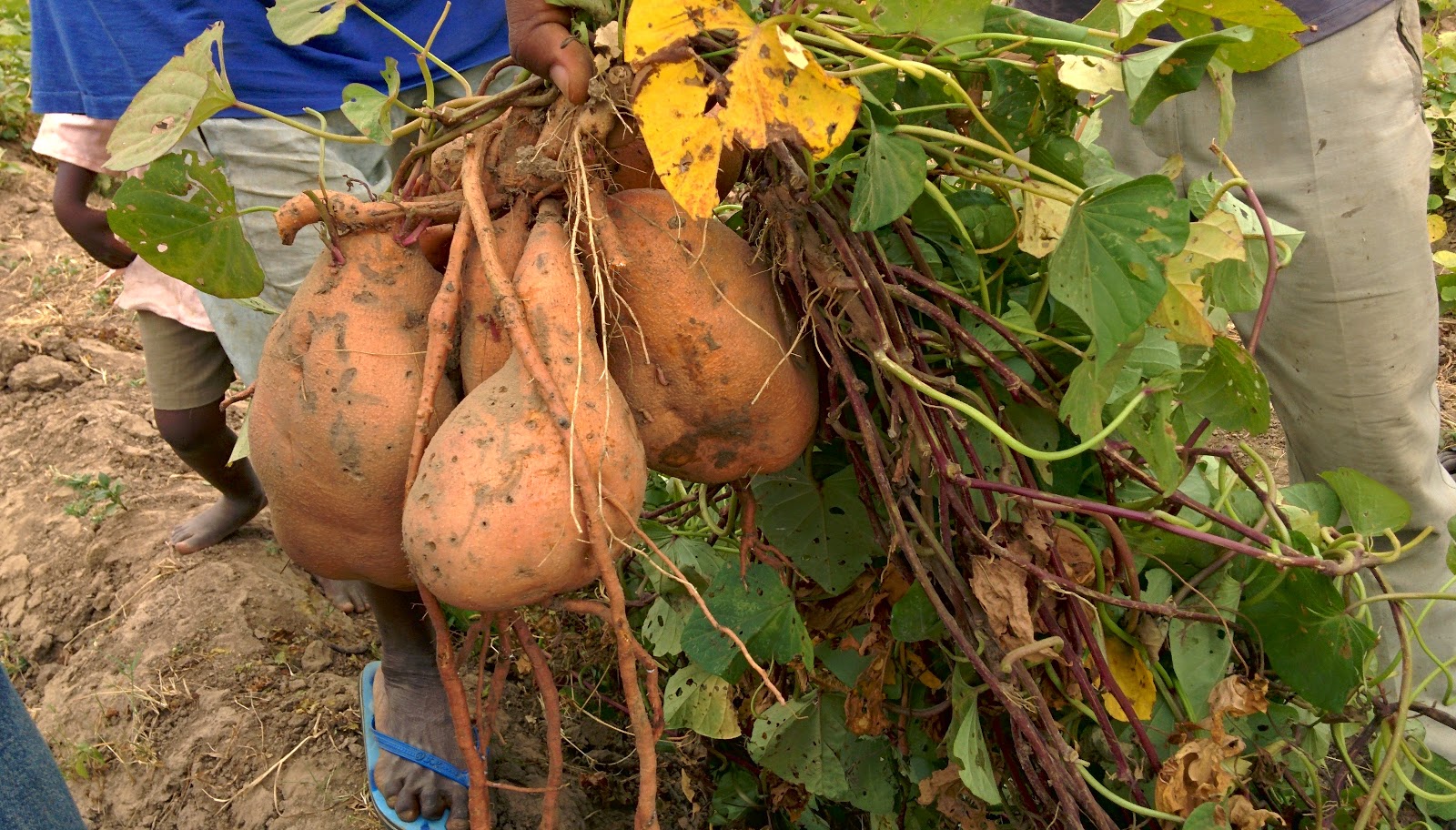 Reports  say OFSP has now been adopted by over 55,000 Ugandan farming households, with up to 237,000 households expected to be planting and eating it by 2018. In November 2013, the Government of Uganda released two more varieties of this potato, bringing the total number to six.

According to an  internet report, the potato was Introduced in 2007 by HarvestPlus, a part of the Consultative Group on International Agricultural Research (CGIAR) Program on Agriculture for Nutrition and Health.

USAID is working in Uganda to improve household nutrition and agricultural livelihoods through production and consumption of these bio-fortified sweet potatoes. Bio-fortification aims to reduce micronutrient deficiency through traditional breeding of certain crops that contain higher levels of essential micronutrients.

“Uganda was selected to pilot OFSP breeding and dissemination because sweet potato is grown by over 44 percent of Ugandan farmers and is the fourth most important staple food in the country,” explained Anna-Marie Ball, HarvestPlus country manager for Uganda.

Vitamin A deficiency is a significant health concern in the country, impacting 38 percent of children age 6 months to 59 months and 36 percent of women age 15  to 49 years, according to the 2011 Uganda Demographic and Health Survey. The deficiency is rampant in sub-Saharan Africa, affecting 43 million children under age 5, and contributing to high rates of blindness, disease and premature death in children and pregnant women. Lack of vitamin A also impedes children’s growth, increases their vulnerability to disease, and contributes to poor immune function and maternal mortality.

Charles Musoke, a Seed Systems specialist working with HarvestPlus Uganda, explained that the orange-fleshed sweet potato is cross-bred with local potato varieties. In addition to addressing vitamin A deficiencies, it is as sweet as the indigenous white sweet potato, and has high and fast-maturing yields.

Agricultural extension staff work closely with farmers’ groups and other parties to ensure widespread OFSP availability and sustainability. Ball believes that if enough people receive the vines, plant them, and take good care of them, the bio-fortified OFSP variety can become well-established across Uganda.

Schools around Uganda that grow potatoes in their gardens as a main crop have shown interest in OFSP. “In Kole district, students of Aboke Girls’ Primary School are focusing on orange-fleshed sweet potatoes with the aim of multiplying the vines. The aim is to multiply them so that each student can have sufficient quantities to take home for their parents to plant extensively,” said Odong Stephen, a field extension worker with World Vision Uganda.

Kyalisiima Kate, a project coordinator with Caritas Development Organization, explains that people are interested in growing OFSP mainly for home consumption. “In Kibaale district, 53 pupils of Buruku Primary School and 18 from Rwentale Primary School actively took part in the planting of OFSP in their respective gardens. While the teachers ate the roots, the pupils carried the vines for their parents to plant at home,” she said. 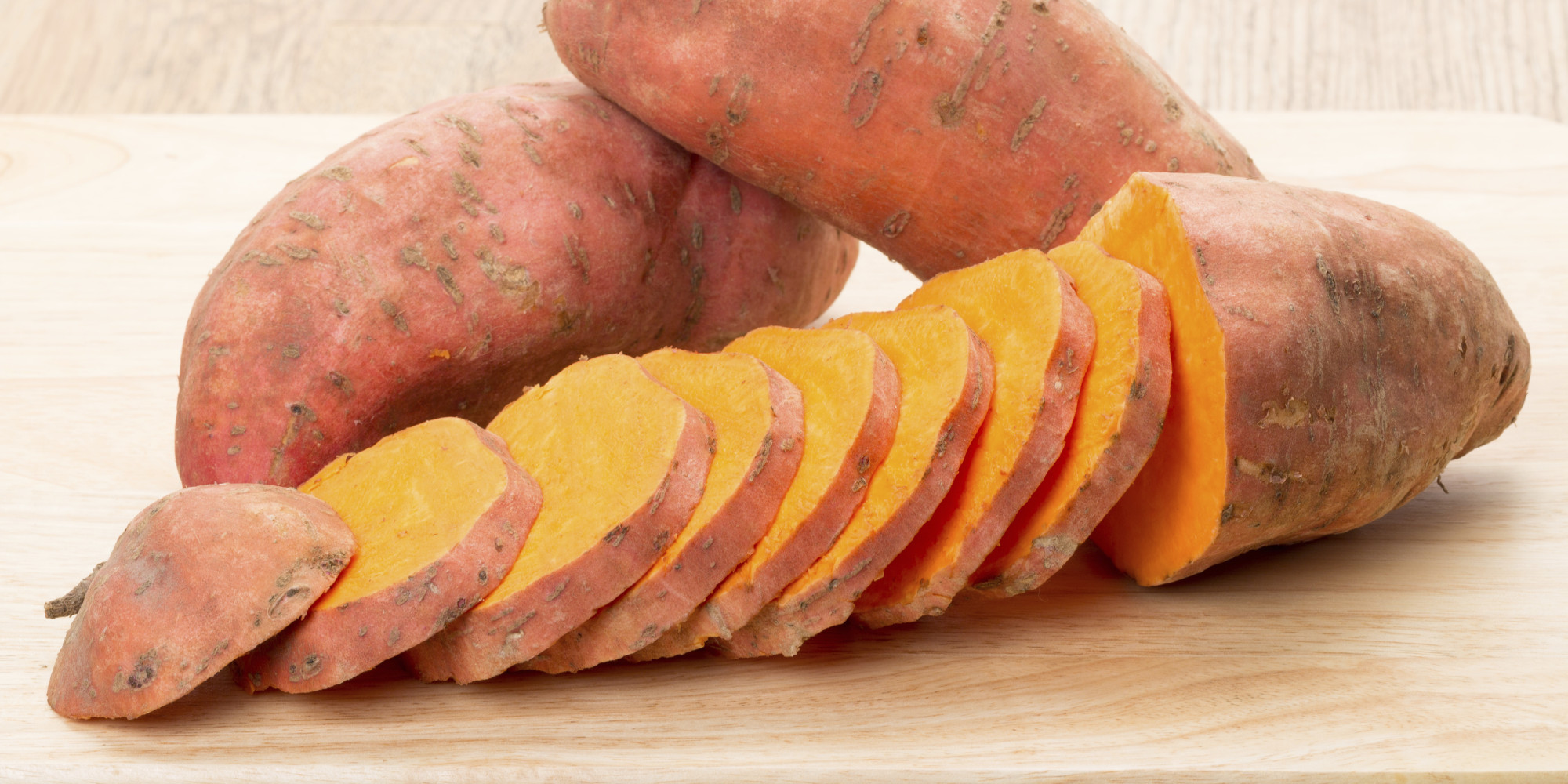 HarvestPlus provides information and training to farmers on how to conserve the potato vines from season to season. Nutrition training is also offered to the farmers. Families learn how to prepare the potatoes, which contribute to the nutritional needs of young children and pregnant and breastfeeding women, as a component of a balanced diet.

“Our beneficiaries are sensitized about the range of food preparation approaches. Besides steaming and boiling, families make flour from the orange potatoes, which, in combination with wheat flour and other ingredients, can be used to make chapatti, donuts and porridge.” said Ball.

With support from USAID, HarvestPlus is proactively working to link OFSP farmers to markets. Through personal connections, traders are educated about the nutritional benefits of OFSP and rapport is being built between the OFSP farmers and traders. HarvestPlus is also working with larger, commercial farmer groups (those who plant the OFSP on more than 1 acre of land) around Kampala, Mbarara, Mbale and Gulu districts and relies on their existing hubs for marketing. This ensures that OFSP gets to the market so everyone can access them, holding much promise for both farmers and families as the crop’s popularity grows in Uganda.