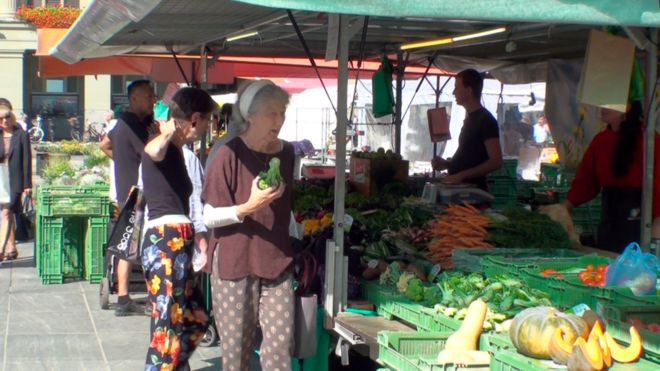 Voters in Switzerland have overwhelmingly rejected two proposals on ethical and sustainable food.

Final results of the two nationwide polls show that more than 60% of people voted against them.

The proposals were aimed at boosting local farming and promoting more sustainable agriculture.

But opponents, including business leaders and the government – which advised people to vote no – had warned of higher food prices and less choice.

A BBC report says the size of the defeat will be a big disappointment to farmers’ groups and ethical food campaigners.

The first proposal, called “fair food”, wanted more government support for sustainable, animal-friendly products – and more detailed labelling so consumers knew what they were getting.

It also called for a crackdown on food waste, and for imports to meet Swiss standards on workers’ conditions, environmental safety and animal welfare.

This would have meant Swiss inspectors checking foreign food producers for compliance.

The second, called “food sovereignty” went even further, calling for much greater state support for local family farms, for higher tariffs on food imports, and for foreign produce that did not meet Swiss standards to be banned.