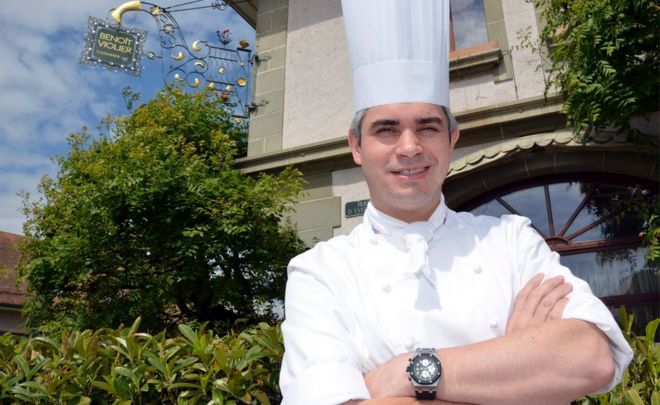 French-Swiss chef, Benoit Violier, whose Swiss restaurant was named the best in the world in December, has been found dead at his home .

Reports say this could be  suicide more so as Swiss police claimed that Violier, who was born in France, appeared to have shot himself.

The Swiss news website 24 Heures [in french] that Violier had been due to attend the launch of the new Michelin guide in Paris on Monday [today].

His death comes some six months after that of Philippe Rochat, his mentor and predecessor at the Restaurant de l’Hotel de Ville. Having worked at the restaurant since 1996, Violier took it over along with his wife Brigitte in 2012, before obtaining Swiss nationality.

A keen hunter, he was known for signature dishes including game and produced a weighty book on game meat last year.