Deprecated: The $control_id argument is deprecated since version 3.5.0! in /home/gour5100/public_html/wp-content/plugins/elementor/modules/dev-tools/deprecation.php on line 304
 WFP and FAO to assist farmers in North East Nigeria! – Gourmet Guide234 Kitchen 
Deprecated: Hook elementor/dynamic_tags/register_tags is deprecated since version 3.5.0! Use elementor/dynamic_tags/register instead. in /home/gour5100/public_html/wp-includes/functions.php on line 5758

WFP and FAO to assist farmers in North East Nigeria! 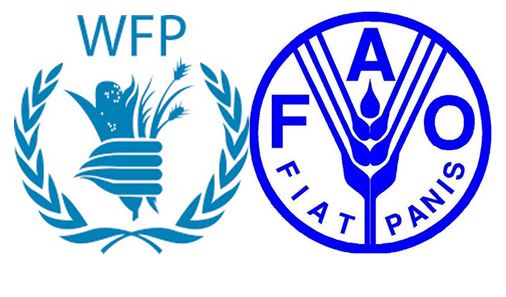 The United Nations Food and Agriculture Organization (FAO) and the World Food Programme (WFP) have reportedly launched a joint effort to support conflict-affected people in northeastern Nigeria to increase their food production and reduce dependence on food assistance.

Using a ‘twin track’ approach, FAO is said to be providing enough seed and fertilizer to produce up to eight months’ worth of food during the 2018 rainy season, while WFP covers the food needs of households until these crucial harvests in September.

Reports say in Rann, in Borno state and close to the Cameroonian border, WFP is providing life-saving support to all 67,000 people living in the town.

In the same vein, FAO provided seeds and fertilizers to about a quarter of Rann’s households who have safe access to land and who, through a community-based assessment, proved capable of growing food. This includes families who have sought refuge in Rann as well as the host population.

Farmers in Rann and more than 30 other locations can plant maize, sorghum, millet and cowpeas following the distributions.

In most places, they also received sesame, groundnuts, sweet pepper and watermelon seed for income generation.

Altogether, FAO and WFP are supporting around 600,000 conflict-affected persons in Borno, Adamawa and Yobe states in northeastern Nigeria during the rainy season.

The essence of the assistance is to help the families in northeast Nigeria have been affected by conflict for nine years, and many who have gone through terrible times.

The assistance further helps to put these people back on the track of self-reliance, rebuild their livelihoods and ultimately restore their dignity.

WFP Representative in Nigeria, Myrta Kaulard has however declared that this joint assistance by FAO and WFP is a step in right direction,.

He opined that “FAO is assisting both the growing number of farmers who have returned to their villages to resume production, as well as the many still forced to live in camps.

FAO Representative in Nigeria, Suffyan Koroma. added that distributing inputs like seed would help in expanding most farmer field schools, savings as well as loans programmes in the region to strengthen both farming skills and access to finance for agri-business development.

Owing to this, during this rainy season, which is spanning June to September, FAO will assist over 1 million people to become more food secure through farming.

Well, The Organization is mid-way into its distribution of disease and drought-tolerant varieties of crop seed and fertilizer using a kit system.

In Kit 1, FAO is distributing maize, millet or sorghum alongside cowpea seed and fertilizer. Kits 2 and 3 are solely for women-headed households and contain vegetable and cash crop seed, respectively.

The vegetable kit features okro and amaranth, a green leafy vegetable. Income-boosting groundnut and sesame, relished by women for their good market prices, round out kit 3.

Every month, WFP on its own part is providing food and cash assistance to around 1.2 million food insecure and vulnerable people. To prevent malnutrition, WFP is also distributing specialized food to around 200,000 young children and almost 150,000 pregnant or breastfeeding women.

In its 2018 appeal for northeastern Nigeria, FAO requested USD 31.5 million to assist farmers to recover from the impact of the conflict. About USD 13.2 million has been received, leaving a gap of USD 18.3 million. WFP urgently requires USD 49 million to continue lifesaving support until the end of 2018 to assist the most food insecure and vulnerable Nigerians.